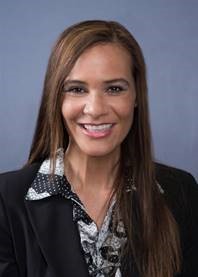 Ms. Godkin is a former workers’ compensation specialist in what was then called the Division of Workers’ Compensation in both the Nashville and Murfreesboro offices. In 2008 she joined the law firm of Cornelius and Collins and later became a partner. She is a Rule 31 Listed General Civil Mediator and has more than a decade of experience in workers’ compensation.

Ms. Godkin received a B.A. in political science from Central Washington University and a juris doctor degree from the Seattle University School of Law. She lives in Spring Hill with her daughter. There will be a swearing-in ceremony later in the month.

“On December 26, 2019, Workers’ Compensation Administrative Law Judge Robert G. Rassp was appointed as the Presiding Workers’ Compensation Judge at the California WCAB Los Angeles District Office, effective January 2, 2020.  Judge Rassp was appointed as a trial judge at the WCAB in April 2018 after 38 years representing injured workers at the WCAB and social security disability claims at the Office of Disability Adjudication and Review.  Judge Rassp will supervise 17 judges and 60 support staff.  The Los Angeles office has been managed by Acting Presiding Judges for two years until a permanent appointment was made in 2019.   Presiding Judge Rassp is a member of the Editorial Committee of Lex and Verum and is the author of Lawyer’s Guide to the AMA Guides and California Workers’ Compensation (Lexis Nexis) and editor-in-chief of the two volume treatise, Rassp & Herlick.”