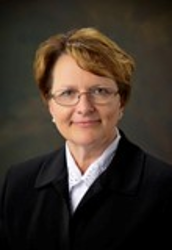 [Richmond, Virginia]–  On February 18, 2020, Deputy Commissioner Deborah Wood Blevins was honored during the Virginia Lawyer’s Weekly’s second annual event honoring Virginia’s top female attorneys and judges. Hosted in collaboration with statewide bar groups, Deputy Commissioner Blevins is one of thirty-four (34) honorees who will be recognized at The John Marshall in Richmond, Virginia to celebrate their commitment to their profession and dedication to the communities they serve.

Blevins will join forty-three (43) honorees from the inaugural class of 2019. This recognition speaks highly of Deputy Commissioner Blevins and recognizes her commitment to Virginia’s workers’ compensation system and the Commission’s nationally recognized Alternative Dispute Resolution program, which she led in its development.

Deputy Commissioner Blevins is a 1980 graduate from Swarthmore College and earned her Juris Doctor degree in 1983 from the University Of Virginia School Of Law. Prior to joining the Commission, Blevins was a partner in Gilmer, Sadler, Ingram, Sutherland, & Hutton, LLP in Pulaski, Virginia. Blevins is the Managing Deputy Commissioner of the Virginia Workers’ Compensation Commission’s Alternative Dispute Resolution Department and was hired by the Commission in 2004. She currently serves as the Chair of the Dispute Resolution Committee for the International Association of Industrial Accident Boards and Commissions. Additionally, Blevins serves as the Chair of the Special Committee to Study Appellate Mediation in Virginia. In 2018, she was also inducted as a Fellow of the College of Workers’ Compensation Lawyers. 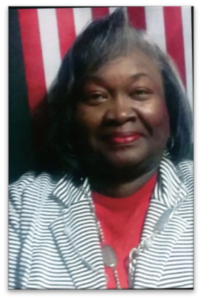 Judge Dianne Mayo retired from the Louisiana Workforce Commission – Office of Workers’ Compensation (OWC) after 15 ½ years of service. Judge Mayo began her service with the agency as a workers’ compensation mediator and after many years of exemplary service, she was promoted to the position of Workers’ Compensation Division Judge.  Judge Mayo has been a valuable part of the Hearings Section of the OWC.  Her many contributions to the mediation program and the adjudication of disputed claims will always be remembered.  Her hard work, commitment and dedication are worthy of admiration.  Assistant Secretary Sheral Kellar expressed her gratitude for Judge Mayo’s contributions and stated that “Judge Mayo will be greatly missed and filling her shoes will be an almost impossible task.”

Best wishes to Judge Dianne Mayo in her feature endeavors.

On January 27, 2020, the General Assembly of Virginia reappointed  Robert A. Rapaport as Commissioner of the VWC for a six year term.  Judge Rapaport completed his first term and will continue to join Judge Wesley Marshall and Judge R. Ferrell Newman as appellate level judges on the VWC.

Also, Scott Borders was sworn in on February 28, 2020 as a member of Kentucky’s Workers’ Compensation Board, the three-member panel that is the first level of appeal from an ALJ decision. Borders was an administrative law judge from 2002-2016.