The NAWCJ newsletter committee would like to hear from our members in order to create a holiday article for December’s newsletter.  Please send your response to LuAnn Haley at luann.haley@azica.gov to the following question:  If you were granted a holiday wish by how you could change one thing regarding your state’s workers’ compensation system, what would be your wish?  I hope to hear from you, and if you “wish” I will keep your submission anonymous!

The NAWCJ is honored to have a number of judges and one associate member nominated as finalist for the 2020 Comp Laude Awards.  Our congratulations go out to the following Nominees:

Hon. John Lazzara (retired) was a presenter at the Ametros virtual seminar on October 26, 2020 regarding the topic: What Law Professors are Thinking about COVID-19.  Prof. Lazzara appeared with Prof. Duff (WY) and Paul Sighinolfi (Managing Director of Ametros) and provided valuable information regarding COVID-19 presumptions for all those in attendance.  An added bonus was that Paul gave a hearty plug regarding the value of membership in the NAWCJ for all judges, and John spoke highly of Judge Langham’s blog.

Following graduation from Wake Forest University, Judge Grindal began his career in Workers’ Compensation in 1992 as an adjuster for FCCI Mutual. While at FCCI, he earned his Associate in Claims designation from the Insurance Institute of America.

Judge Grindal was admitted to the Florida Bar in 1998. Over the course of his career, Judge Grindal has represented injured workers, employers and carriers. He has also represented corporate clients in complex commercial litigation, Federal maritime matters, and argued before the First District Court of Appeal. He is Board Certified in Workers’ Compensation and was appointed as a Judge of Compensation Claims in 2020 by Governor DeSantis. 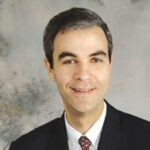 Judge Moneyham graduated from Florida State College of Law with honors in 1988 and was admitted to the Florida Bar that same year. He graduated in 1984 from the University of Florida with a Bachelor of Science in accounting. Prior to becoming a judge, he practiced workers’ compensation law defense work for a little over two years before starting his own firm in 1991 representing primarily injured workers. He has been board certified by The Florida Bar in workers’ compensation since 1995 and is “AV” rated by Martindale- Hubbell. He became a Florida Supreme Court certified mediator in 2004 mediating almost exclusively workers’ compensation cases. He was a member of the Florida Bar Grievance Committee from 1994 to 1997 and was vice chair from 2000 to 2005 of the Friends of 440 Scholarship Fund, Inc. Northwest Florida Division.

Brian J. Anthony graduated from the University of Florida with Bachelor’s Degree in Business Administration in 1987.  He then attended Stetson College of Law where he received his Juris Doctorate in 1990 and was admitted to the Florida Bar that same year.  Brian was a partner at two law firms before founding his own practice in 2011.  He practiced in the areas of Workers’ Compensation, Social Security Disability and Personal Injury.  He has been Board Certified in the field of Workers’ Compensation since 1998 and has been Certified by the Supreme Court as a mediator since 2009.

Brian has practiced law primarily in the Tampa Bay and surrounding areas for thirty years prior to being appointed Judge of Compensation Claims by Governor Ron DeSantis.   Brian has devoted his life to his three daughters and has coached all three of them in basketball and flag football.  While Brian’s kids were in grade school and high school, Brian volunteered in every capacity.  He has been active in his local community and served on the YMCA Advisory Board for eight years.  He was also a founding member of the Knights of Columbus Council 12165 at Christ the King Parish in Tampa.  Brian has  dedicated the last eight years of his life to running a homeless Ministry in Tampa, Matthew 25.  Matthew 25 feeds and provides clothing and medical care to the homeless and other less fortunate people in the Tampa community every week. 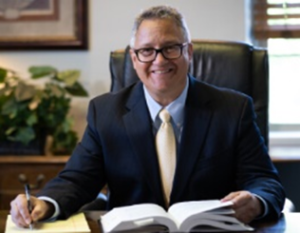 Hon. Jeffrey Mills has been appointed as Workers’ Compensation Judge and will also serve in the Reading, PA office.  Judge Mills was a long-time partner at Nikolaus & Hohenadel in Lancaster.  He received his B.A. (1983) from Washington & Jefferson; and his J.D. (1986) from Temple. 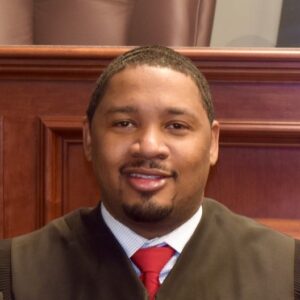 Jonathan Brown joined the Office of Workers’ Compensation Administration (OWCA) as the District Judge in Lake Charles, Louisiana. As the District Judge, Judge Brown will conduct judicial hearings in the district office by presiding over workers’ compensation claims and rendering final appealable judgments.  Prior to this appointment, Judge Brown served as an attorney in the private sector.  He holds a B.A. in Political Science from Morehouse College and a Juris Doctor degree from Paul M. Hebert Law Center, Louisiana State University.  Judge Brown is a member of the Lake Charles Chapter of the Louis A. Martinet Society, Southwest Louisiana Bar Association, and MW Prince Hall Grand Lodge of Louisiana – Ionic Lodge #26