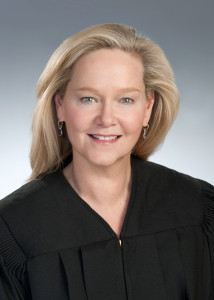 It’s finally autumn and sweater weather!  The holidays are upon us, and the election is soon behind us.  Although COVID-19 still dwells among us, I hope winter will be less harsh than predicted and 2021 will herald not only the beginning of a new year, but a path forward towards health and economic recovery.

Wishful thinking?  Oh, yes.  But what’s the harm?  The answer to that question depends on the context.

Generally, optimism bias or wishful thinking is a shortcoming of human judgment. It is a cognitive error in decision making, like confirmation bias (gathering facts that support one conclusion and disregarding facts that support different conclusions), source bias (accepting information from a source deemed likable and rejecting information from a source deemed unlikable), and repetition bias (accepting information as fact because it has been repeated often and long enough for it to “become true”).

As judges, we are attuned to the danger of cognitive errors and bias in decision making.  Intellectually, we strive to identify and compartmentalize bias, just as we avoid “fast thinking” which is often referred to as intuition.  Intuitive or “fast” thinking requires very little effort and can be misleading because we tend to hang on to an impression or belief formed through intuition despite countervailing evidence.

In contrast, “slow” or analytical thinking is a more thoughtful process that relies on structure and logic to make deliberate choices between options.  Analytical or deductive thinking seeks to root out bias and is the decision-making process favored by law and science.  Although deductive thinking is “slow,” it is an active approach to decision making compared to the passive approach of “fast” thinking.  “Slow” thinking requires discipline because sustaining doubt is harder work than “sliding into certainty.”  Judges, particularly, want to avoid “sliding into certainty” prematurely.

But analytical thinking, alone, has limitations.  It can make us blind to the obvious, to the big picture.  We can fail to see the forest for the trees.  Hence the need to be aware of our cognitive errors in decision making and to balance the “fast thinking” right hemisphere of our brain with the “slow thinking” left hemisphere.

So is wishful thinking about better days ahead a cognitive error?  Am I “sliding into certainty” to boldly pitch a sunny forecast? Although we tend to recognize bias in others but not in ourselves, I freely admit my optimism bias about the future.  And I’m sticking with it.  My mental health requires it – at least until the weather warms up and I pack away the sweaters.

Staying on the sunny side, this month’s Lex is a great opportunity to cozy up to the fireplace or under the covers with some good reading.  Judge Langham offers a history lesson on the Code of Judicial Conduct.  Lest you think this is a dry subject, it is a story of, in Judge Langham’s words, “fame, fortune, deceit, public relations…and baseball” that includes the infamous “Shoeless” Joe Jackson.  This story is also the subject of a 50-minute YouTube video on the FLOJCC Channel and is eligible for CLE in Florida, and, likely, other states.  See details in Judge Langham’s article below.

You also will not want to miss Judge David Torrey’s article taking a state-by-state look at the intoxication defense in workers’ compensation cases.  Intoxication is always a hot topic, and Judge Torrey’s article is one that you will want to bookmark for future reference.

Thomas A. Robinson returns this month with an overview of the 2020 edition of Workers’ Compensation Emerging Issues Analysis published by LexisNexis.  Pandemic-related issues dominate, including the presumptions penned by state legislatures and governors, but expansions and contractions of coverage by courts are also previewed.

On the subject of scholarship, there is also an article on the College of Workers’ Compensation Lawyers’ Law Student Writing Competition.  Awards include monetary prizes as well as prospects for publication, so please share this article with any law students in your circle.

In closing, I wish for all of you the bounty and blessings of this Thanksgiving Season.  Stay safe, friends.  See you next month!