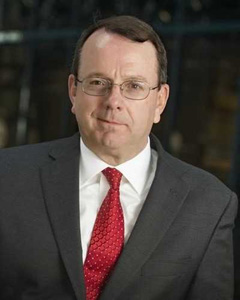 The Honorable Robert Lee Dietz passed away on January 8, 2022 doing something that he very much enjoyed: sleeping. Robert would have been very uncomfortable being described as honorable, though after thirty years as an attorney and mediator, he chose to become a judge, so that’s really on him. As Marie Sanders, his 95-year-old mother-in-law and housemate of the last three years, would say, “God did a hell of a job when making Robert.” Robert was born to the late William Edward Dietz and Anna Coates Dietz on April 28, 1958. Growing up in Miami, Robert and his younger brother, Donald, did not find an outdoor activity or sport they disliked. They were encouraged to stay outdoors by their mother, Anna, since they kept turning the dining room table into a makeshift ping pong table.

Robert met the love of his life, Laura, at Central Baptist Church in Miami. When he was a high school junior, Robert told Laura to “play along” and proceeded to tell a new Pastor that they were married, shocking the very conservative Southern Baptist preacher. I don’t know if he was trying to plant any seeds there, but (spoiler alert) they later were married for 39 1/2 years. At Miami Springs High School, he won a Miami Herald Silver Knight Award, which recognizes a student whose service to the school and community exemplifies an unselfish and lasting use of one’s talents in helping others.

While attending Eckerd College in St. Petersburg as an undergraduate, Robert displayed his usual underachieving focus. After one particular semester when he played on both the tennis and soccer teams and took 24 credits of classes, in his great wisdom he realized that was maybe too much. He cut it back to a very reasonable 21 credits the following semester, still playing on both teams. He also found time on the weekends to DJ at a local watering hole, having already mastered the mysterious art of disco dancing. His presence at Eckerd continues to be felt to this day, as his pet pig Mortimer led to the school’s official “no pet pigs” policy. Robert majored in political science, which being the wide and diverse major that it is, led him to the only employable option: law school. Though, based on his collection of 400+ ties, he may have also been drawn by the seductive power of the neckwear of the legal profession. It is hard to say. Either way, he was accepted at Vanderbilt Law School.

There, Robert started his long and illustrious career as a dormitory Resident Assistant, whose job it was to keep eighty strapping young gentlemen from destroying said dorm. We believe he also attended classes at least once, because he told us that he wore shorts and flip flops to his first class. Law school being the carefree and relaxed environment that it is, Robert was the only student dressed like that. However by the time he graduated, a majority of the student body had been won over and followed his debatable lead in “style.” Robert’s mother, Anna, had told him she wouldn’t pay for his tuition if he got married before graduating. Following more the intent than the letter of the law, Robert and Laura got married six days before he graduated.

A few years later Robert’s two children, John Edward and Stephanie, came along. Being the children of Robert means a few things. We have eaten at every restaurant in Orlando; there has never been a food of which Robert wasn’t a fan. Anyone we meet mentions they know our father. To our knowledge growing up, everyone in Orlando knew Dad. We were forever not understanding why we had to talk to every person in attendance after a church service. On many occasions, we were in danger of being locked in the church because we were the last ones there.

If life is half showing up, Robert was 1 ½ of life, because he was always there. Robert attended all 168 losses and 4 draws in my illustrative 6–10-year-old soccer league career. He attended all my sister Stephanie’s lacrosse games in high school. When after the first few games, he didn’t think the team was doing well enough, he proceeded to become the coach for that year. Apparently that wasn’t engaging enough either, and he started refereeing the games as well. He continued refereeing right through a knee surgery, only retiring his cleats after a hip replacement. Though after those surgeries, his left side could run real good, his right side not so much.

Robert never met a person he wasn’t interested in talking to, much to his daughter’s delight. He never let the opportunity pass to get to know the waiter at the restaurant, or the person standing behind him in line, or the new employee of Zimmerman, Kiser, & Sutcliffe, P.A. and take them to get a cherry milk shake at Beefy King. They technically have other flavors.

Robert worked at Zimmerman, Kiser & Sutcliffe, P.A. for 29 years. There he dispensed excellent legal advice to his clients and skittles and M&M’S from the candy machines in his office to whomever was walking by. In addition to being a shareholder in the workers’ compensation defense practice, he was also the pitcher for the firm’s softball team. I believe they won the Orlando Law Softball League World Championship many times. Or the firm just bought really large trophies for the library so that appeared to be the case.

In 2014 Robert was appointed to be a Judge of Compensation Claims in the Grrrrreat State of Florida! His Court and Judge’s Chambers were located in Sebastian, Florida, where the sign driving into town says “Welcome to Sebastian, Home of Pelican Island, Friendly People, & Six Old Grouches.” Since this is his obituary, we will go with Robert was one of the “Friendly People.”

Robert had achieved much over his legal career. Prior to his appointment as Judge Dietz, he served as a private mediator in over 1,300 workers’ compensation cases after becoming a Supreme Court Certified Circuit Civil Mediator in 1995. He has represented both sides in workers’ compensation cases over the last thirty years and was Board Certified by The Florida Bar in Workers’ Compensation Law in 1992. Since August 2013, he has taught the Workers’ Compensation Law course at Barry Law School in Orlando as an Adjunct Professor.

While in private practice, Robert served as National Chair of the ABA Tort & Insurance Practice Section’s Workers’ Compensation and Employer Liability Committee, President of the Florida Defense Lawyers’ Association (the only workers’ compensation practitioner ever elected), and President of the Professional Mediation Institute. He was made a Fellow of the College of Workers’ Compensation Lawyers in 2008, served on the national board of directors of the Association of Attorney-Mediators (the first Floridian ever elected), and chaired the Orange County Bar Association’s Workers’ Compensation Committee. He was inducted into the Workers’ Compensation Institute Hall of Fame in 2016 and received the David Hammond Professionalism Award in 2018.
He was a frequent contributor to professional and industry publications and speaker at continuing education programs, speaking 58 times at different professional events over the last 8 years. However, he was most proud of being named “World’s Best Dad” by every coffee cup we every bought him.

Robert was generous with his time. We would be entirely unsurprised if when we die and join Robert in heaven, God will inform us he had been part of a pilot program where humans get 28 hours a day instead of 24, based on all that he accomplished.

He served as a guardian ad litem for over 25 years representing over 100 children. He was The Florida Bar President’s Pro Bono Service Award recipient for the 9th Judicial Circuit presented January 28, 2010, in ceremonies at the Florida Supreme Court. He received the 2009 Judge J.C. “Jake” Stone Distinguished Service Award presented by the Orange County Bar Association Legal Aid Society, the 5th Annual Semper Fidelis Award at the 27th Annual Dick Batchelor Run for the Children in 2007, and the Judge Thomas S. Kirk Legal Aid Society Guardian ad Litem of the Year Award in 1996.

Robert’s community service included being a member since 1984 of Civitan International, a community service organization that focuses on the developmentally challenged and diseases of the brain. He was a 2013 recipient of the organization’s International Honor Key. From 2010–2014, Robert served on the Community Leadership Council of the Howard Phillips Center for Children & Families, part of the Arnold Palmer Hospital for Children’s Foundation.

At Church on the Drive (formerly College Park Baptist Church) Robert over the years had performed almost every volunteer job at one point or another. He was never the preacher, but he was on a committee that called one so by the transitive property…he did that too.

Robert loved to teach, and taught at Barry Law School for the last eight years, and Bible Study at the church for 35 years. Robert was an excellent chess player and taught it both at the church and at College Park Middle School. I only once was able to play him to a draw, though he was driving 65 mph at the time while I held the travel chess set, so he may not have been as focused on the game as I.

Much to no one’s chagrin, Robert’s children did not go pro in soccer or lacrosse. I, at my father’s recommendation, entered the School of Architecture at the University of Miami. I am now a licensed Architect in the Grrrrreat State of Florida! My sister Stephanie also attended the University of Miami (GO C-A-N-E-S!) and then went on to live all over the western hemisphere during medical school, rotations, residency, and a fellowship, finally settling down as a registered licensed Medical Doctor in the Grrrrreat State of Florida!

On August 20, 2017 Robert received the most prestigious promotion I could ever give him: Grandfather. On February 11, 2020 Robert’s self-selected title of “Papa” was reaffirmed in a relaxed 6 ½ hour affair when his second grandson was born (don’t tell my wife I said it was relaxed; she seemed real intense about it).

Robert was a collector of movies and has left his family with over two thousand DVDs, including cinematic masterpieces such as Dude, Where’s My Car and Howard the Duck. We are truly blessed. If you would like to be equally blessed and have a movie, please wait the appropriate amount of time to contact the family. We’re available tomorrow.

Besides his beloved parents, Anna and Edward, Robert was pre-deceased by his pet pig Mortimer, and the family poodle Pepper, who loved Robert so much that he kept peeing on his couch.

A celebration of his life, with Robert attending from Heaven, will be held on Saturday, January 22, at Church on the Drive, 1914 Edgewater Dr. at 3:00 p.m. Afterwards, BBQ and iced tea will be served, as Robert felt strongly events are better with iced tea. The service will be streamed online for anyone unable to attend for whatever reason, including if you are offended by the physical presence of balloons or Abba music. The dress code will be pro, not con, so please wear clothes. All attendees will be asked to wear masks, as Robert would not like his celebration to spawn any additional celebrations.

If you would like to honor his memory with a donation, the following charities were near and dear to his heart:
Civitan International
The Howard Phillips Center for Children & Families
Touching Miami with Love
The Christian Service Center

Everyone has a Robert story, and we would love to hear them all. Even if you called him Bob for some reason, we would still like to hear it.
To share a memory of Robert or send a condolence to his family, please send them to the family at laurasdietz@gmail.com

Robert loved everything he did so much that I’d joke he would retire 15 minutes after he died. To our knowledge he may still be working even now, albeit at a much better office location.