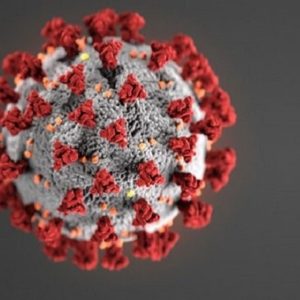 The National Council on Compensation Insurance (NCCI) and American Academy of Actuaries (AAA) have each released a survey of state laws regarding the compensability of the COVID-19 virus. NCCI’s survey provides a snapshot of all 37 NCCI-rated states. AAA’s report analyzes presumption laws around the country, how they vary by state, and the challenges in estimating overall costs of COVID claims.

NCCI reported that several states have become introducing legislation and regulatory measures to expand compensability for workers on the front line in the fight against COVID-19, such as those in the medical community, first responders, and government employees. For example, Alaska and Utah enacted legislation providing a presumption of compensability for specified occupations such as first responders and health care workers who contract COVID-19.

Across the states that NCCI surveyed, the threshold question to determine if an injured worker will obtain workers compensation benefits is: Did the worker’s injury or death arise out of the course and scope of employment? Depending on the state, “arising out of” employment generally requires a causal connection between the injury and the employment, whereas “in the course of” employment refers to a causal connection to the workplace and looks at the time, place, and circumstances under which the accident or injury occurred. Across NCCI states, “course and scope” statutes generally appear as providing compensation for personal/accidental injury arising in and out of employment and occupational disease arising in and out of employment.

NCCI reported that depending on the state, when an employee is diagnosed with a disease or injury, the employee may be required to prove that the disease or injury arose out of and in the course of employment to receive benefits. If, however, a statutory presumption of compensability exists, and the worker meets certain requirements, then the injury or disease is presumed to have arisen out of and in the course of employment. Contingent on the occupation, there may be a presumption that a certain type of injury arose in the course and scope of employment. In many jurisdictions, compensability rules for firefighters and other first responders, such as police and emergency medical personnel, have been expanded to account for the potential increased risk inherent in their employment.

Firefighters, police officers, and other first responders are entitled to a presumption that certain diseases arise in and out of the course of employment.

AAA reported that presumption statutes address the concern that the manifestation of certain diseases in these workers is more likely given the physical and emotional challenges of their work but causation as arising directly from work may be difficult to prove. For example, firefighters are exposed to smoke and heat, and these toxins can damage their lungs. There is also evidence that firefighters’ cancer rates are much higher than those of the general public. While causality has not been definitively determined, legislators in certain states have put presumption laws in place to address these kinds of specific diseases among first responders.

AAA also reported that workers’ compensation presumptive statutes and regulations were originally written to address diseases such as cancer, lung and respiratory conditions, blood and infectious diseases, and heart and vascular conditions.

AAA noted that these claims are complex and often litigated, incurring high legal expenses for insurers and claimants, and sometimes playing out in a very public way with significant media attention (e.g., in the case of mass shootings and natural disasters). Such claims are generally viewed as relatively low-frequency, high-severity in nature, creating a potentially wide spectrum of costs that are difficult to estimate and can potentially impose significant overall costs on political subdivisions in the workers’ compensation system.

AAA reported that much of the presumption risk for public safety and first responders in the United States is self-insured by larger local public entities or covered by an intergovernmental risk pool. Given the propensity of public entities to self-insure, the National Council on Compensation Insurance (NCCI), a workers’ compensation industry rating advisory organization, does not have access to complete data and may not be able to sufficiently ascertain state and industry cost trends. NCCI has indicated that presumption laws are increasing workers’ compensation costs, but it cannot reliably estimate the extent of such increases due to data limitations and uncertainties noted above. AAA noted that the Association of Governmental Risk Pools, whose charge is to support its pool members in all of their operations, is not a data gathering and rate advisory body. As a result, summarized cost estimates are nonexistent. There is no singular or centralized source of presumption claims data that could be readily accessed for further analysis.

About the Author: Steven (Steve) W. Nichols is the president of Sentinel Governmental Affairs. His practice focuses on insurance, business development, legislative lobbying, governmental relations, and trade issues. Nichols spent the last 19 years at the Insurance Council of Texas, representing insurance carriers and claims administrators on complex insurance regulatory issues. He also spent 10 years as a member of the Texas Workers’ Compensation Commission. Nichols has used his wide-reaching relationships within the insurance industry and government to shape a wide-range of regulations and issues. He has built and coordinated coalitions on a wide-range of insurance issues and has a track record of successfully advocating on behalf of his clients and partners.